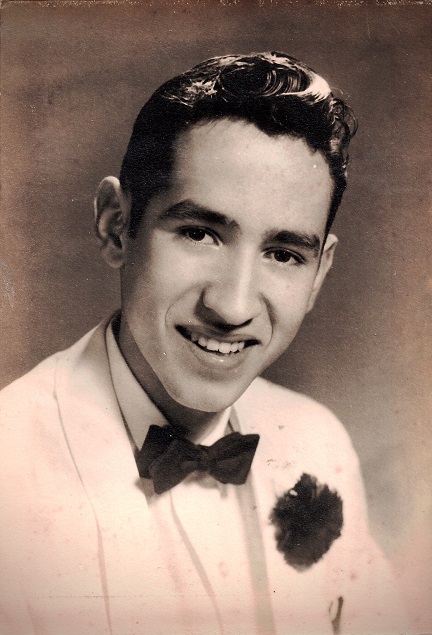 Eusebio Ecclesiastes Ortiz passed away peacefully in his sleep after almost 20 years defying Parkinson’s disease on June 10, 2021, at his home in Brownsville, Texas, surrounded by his loving family.  In addition to his many professional accomplishments, Eusebio will be remembered by all who knew him for his devotion to his family, love of music, dedication to his community, unfailing positive attitude, passion for all things Dallas Cowboys, and his insatiable sweet tooth.

Eusebio was born in Brownsville on August 14, 1937, to Estela Gonzalez Ortiz and Claudio Z. Ortiz.  His great-uncle, Adrian Ortiz, and his grandfather, Eusebio Ortiz, first came to the United States from Liérganes, Cantabria, Spain and each started their own businesses—La Madrileña grocery store and Ortiz Grocery, respectively. As a child, he excelled in athletics, particularly basketball, and in music, specifically the saxophone. He graduated from St. Joseph Academy in Brownsville, attended Texas Southmost College, and served in the U.S Army as a Specialist 4, honorably discharged in Fort Carson, Colorado.  As Co-Captain of the basketball team at St. Joseph’s that went on to be the state champions of the Texas Catholic Interscholastic League in 1957, Eusebio was chosen by his teammates as the Most Valuable Player on the squad and was picked to be on the mythical All-Conference Team due to his outstanding ball-handling, aggressive spirit and leadership. Eusebio was 18 when he started the famed Ortiz Orchestra, a 12-piece ensemble that played many events, including elegant parties at the El Jardín Hotel.

In his early 20s, Eusebio worked as a radiologic technologist.  While attending a family member’s wedding, Eusebio met the love of his life, Maria Alicia Barrientos De la Fuente. They married in 1973 and celebrated their 48th wedding anniversary last April.  Eusebio eventually served as Director of Radiology at Valley Baptist Medical Center in Harlingen for 29 years and also taught radiology technology at the University of Texas at Brownsville/Texas Southmost College—part-time for 11 years and as a full-time faculty member for 10 years. Over the years, Eusebio’s reputation as an exemplary leader and teacher became well known.  Eusebio continued sharing his musicianship and leadership skills as the Spanish Choir Director for St. Mary’s Church for more than 30 years.

A particular source of pride for Eusebio was his involvement with the International Order of the Alhambra, Caravan No. 91, and their work assisting persons and children with special needs.  Eusebio spent many seasons decorating the Alhambra float that would ride in the Christmas and Charro Days parades.  He served as an officer for his Caravan, including as Grand Commander and Deputy Regional Director.

Eusebio’s legacy is more than as a leader in his professional and civic endeavors. He was a person who truly cared about his family, friends, and many, many others in need, even those he did not know personally. Eusebio helped, he acted, he made a difference. He donated to innumerable charities, those supporting causes about which he was passionate.  Even more, Eusebio taught by example within his family and in institutions he led.  He was always the bright light in the room.  To Eusebio, family came first—but he defined “family” extremely broadly. His family, his friends, and his community are better for having known Eusebio. He will be missed greatly.

Eusebio is predeceased by his parents Estela G. and Claudio Z. Ortiz. He is survived by his beloved wife of 48 years, Maria Alicia Ortiz, and five children: his son Eusebio Rene, his wife Yvonne, and their daughters, Alessandra and Daniela; his son David Xavier, his wife Delia, and their sons Matthew and Christopher; his son Daniel Joel, his wife Adriana, and their children, Adrian Liam and Aurora Citlali; his daughter Claudia Estela, her husband Noel, and their children Jocelyn, Lyla and Adam; and his daughter Sandra Alicia, her husband Luis, and their daughters, Ava and Hailey; his brothers: Claudio Juventino Ortiz, his wife Janet; Noe Nilo Ortiz, Sr., his wife Eva; and numerous nieces, nephews, and cousins.  The family would like to extend sincere thanks to Drs. Frances Gumbel, Luis Gaytan and Michael Sudarshan.  The family would also like to extend heartfelt gratitude to Eusebio’s loyal caregiver during the last 5 years, Anilu “Lulu” Celaya, who has become a part of the family and was instrumental in Eusebio’s comfort and happiness during the last few years.