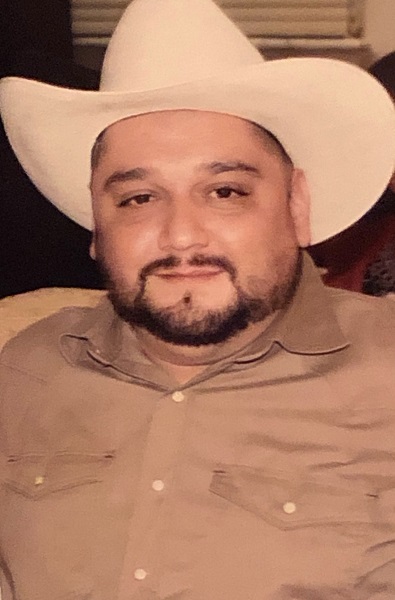 Freddy attended Homer Hanna High School and was part of the 2001 graduating class.  He then pursued an education in healthcare and followed his passion towards helping others. He was a member of Mary, Mother of the Church (also known as St. Mary’s) and worked at C & J Logistical Services as an Import/Export Specialist.

Freddy may have succumbed to the long, hard-fought battle from post colectomy complications, but he tackled each side effect with the courage, perseverance, and tenacity of a true warrior! Family-oriented and a disciple of human kindness, Freddy would move heaven and earth for those he cared about. His infectious smile and generous heart will always be remembered.

As a true Texan, Freddy’s interest included hunting and fishing, barbequing, and cooking for other, all things Chevrolet related, and of course, football…The Dallas Cowboys in particular.

Freddy is survived by his parents, his sister Vanessa Torres, his partner Gloria Lozano, and numerous aunts, uncles, and cousins.

Family and friends are invited to attend a Celebration of Life at Sunset Memorial Funeral Home and Crematorium. Visitation arrangements have been made for Thursday, April 15,2021, between 1pm – 7pm with a Holy Rosary starting at 6pm. A funeral mass will be held at St. Mary’s Catholic Church on Friday, April 16, 2021, at 10am. Services will conclude at the end of the funeral mass. Services are under the guidance of Sunset Memorial Funeral Home, Crematory & Flower Shop. 657 Springmart Blvd., Brownsville. (956) 350-8485

All expressions of sympathy are welcome, including flowers and donations.

Carlos Atkinson Jr. entered into the kingdom of heaven at 5:31 am on May 10,…