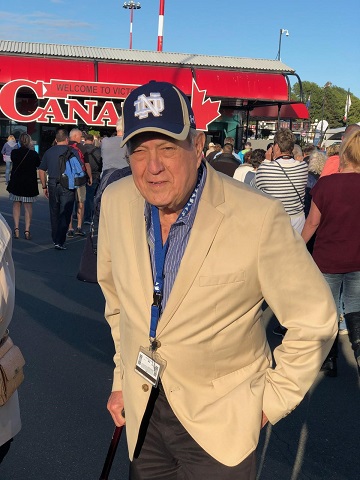 Born to Amador and Alicia Alamia Rodriguez on March 19, 1936 in Edinburg, Texas, Joe was the middle child of seven – Diana, Cristina, Amador (Jr), Alicia (Baby), Eduardo (PeeWee), and Romeo. The Rodriguez/Alamia/Vela clan was (and continues to be) a social and gregarious group.  Barbeques, parties, and reunions were a constant theme of his family life. His mother and sisters, the consummate hostesses could be found navigating the kitchen, while Joe, his father and his brothers manned the smoking pit and the ice chest. With this family, it was always about surrounding yourself with those you loved and making sure everyone had a plate full of food and a cold beer to go with it.

Joe, Jr., PeeWee, and Romeo carried this tradition with them to Brownsville where they all settled. Joe collected friends from all walks of life and all corners of the globe, and they became permanent fixtures in his life. Once you were on Team Joe, you were a lifelong member (like it or not). Along with the social gatherings, there was traveling to be done, and usually those trips included a Bowl game and heavy negotiating with ticket scalpers. Tom Chavez, his brother from a different mother, was always front and center with Joe.

With a personality as big as Texas, Coach Joe loved sports — all of them! Joe excelled as a first baseman in baseball at Edinburg High, Pan American College, and the barnstorming semiprofessional team the Joe Davis Ginners.  After graduating at the age of 20 from “Pan Am” as a multiple year letterman in baseball and basketball, he married his college sweetheart, Emma Leal and moved to Brownsville, Texas, where he spent the remainder of his life.

He worked his way up from P.E. coach at Cummings Junior High School to head baseball coach at Brownsville High, where he led the Eagles to appearances in the state semifinals and finals. At a time when very few Hispanics in Texas reached this position, he became head football coach and led the ‘69 Eagles to district and bi-district championships. He was one of a select few individuals to be named South Texas Coach of the Year (6 times) in baseball, basketball, and football. He loved coaching, often saying that work as a coach was never really “work”. Joe thrived on competition, enjoyed the camaraderie with his fellow coaches, but most of all, embraced the opportunity to have a lasting positive impact on the youth of Brownsville.

With service as a Brownsville Independent School District Trustee for 15 years and as a Vice President of the National Hispanic Caucus of School Board Members, Joe’s leadership as a Hispanic educator was recognized nationally by Presidents Ronald Reagan and George Bush, Sr. and internationally by former Mexican President Gustavo Diaz Ordaz.

In his wife of 58 years, Emma, Joe recognized he had out punted his coverage. He often referred to her as the “wind beneath his wings”. Together they raised four children – Debbie, Tony, Lucky and MonDe. Joe instilled the love of sports in his children – both as players and spectators, especially for his beloved Notre Dame Fighting Irish and New Orleans Saints.

To the end, Joe remained a tireless advocate for student-athletes, establishing the Student Scholarship Services Foundation, which has awarded over 975 student-athlete scholarships in this area.

Joe had an incomparable zest for life and a fearlessness that sometimes left his children shaking their heads and holding their breath; but always in the end they came to the realization that his will would prevail.  Win or lose, he was there to play, not to watch. He taught through his example that life was for living, “can’t” was not a part of the vocabulary, and age was just a number. He always felt he had more to give, and his ideas were plentiful. Many of us were fortunate to have come along for his ride and we’re forever grateful that we did, for the adventures were big and the stories even bigger.

Visitation will be held on Sunday, April 11, 2021 from 4 to 7 PM with the recitation of the Holy Rosary at 6 PM at Sunset Memorial Funeral Home. Funeral mass will be held on Monday, April 12, 2021 at 10:30 AM at Canales Field in Saint Joseph Academy. Private burial will follow. Services are under the guidance of Sunset Memorial Funeral Home, Crematory & Flower Shop. 657 Springmart Blvd., Brownsville, Texas. (956) 350-8485

In lieu of flowers, donations can be made to the Joe A. Rodriguez Scholarship Fund through BISD.