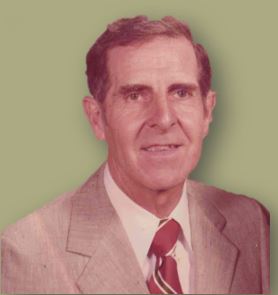 Alfred was raised in New York by his mother’s relatives upon the passing of both of his parents when he was 4 years old.  Josefa Gonzalez Vasquez, George and Anne Romero, and Manuel and Isabel Romero raised him.  He had two cousins, George A. Romero, Film Director, Writer and Producer, deceased, and Isabel (Karel) Romero Timperman, living in Manhasset, New York.  The Romero’s had a keen interest in sports and tennis was the preferred choice, playing in many tournaments in the New York area.

Alfred attended DeWitt Clinton High School (a Powerhouse in Sports) in Brooklyn.  He was captain of the tennis team and #1 seed for the team.  He graduated from DeWitt Clinton in 1938.  After high school, Alfred was given a tennis scholarship to the University of Alabama.  He was also captain and #1 seed on the team.  He graduated in 3 years with a degree in Aeronautical Engineering in 1941.

Alfred was hired by General Electric to work on two top secret projects.  The British asked General Electric to help test their jet engine which the Germans were also testing.  General Electric obtained blueprints from the British and set to work developing the jet engine at their plant in Schenectady New York.  Anticipating the need for flight testing, GE subcontracted Pan American Airways’ overhaul base in Brownsville, Texas.  The GE project engineering staff came to Brownsville, which had personnel, facilities, good flying weather and a location where testing could be done over the Gulf of Mexico without being detected.

Alfred was testing the jet engine on B-29 bombers and flying out of the old Cameron County airport on Highway 48.  He mentioned at one point that with the testing of the jet engine there were no casualties.  The 2nd Top Secret test, which he completely forgot until he saw the plane on his 90th Birthday power point presentation that his sons, Neto and Rico, put together, was a plane called “La Maria Negra.”  He jumped out of his chair when he saw it.  He was in a single cockpit plane and he would fly out on the Gulf of Mexico.  The purpose was to see how low he could fly the plane without being detected by radar, thus giving him credit for “make sure you fly under the radar.”  These projects were top secret until the end of World War II.

After the war ended, Alfred was hired as a Pan American flight engineer and married Maria Estella Perez (Nena).  Their home base was New York.  Alfred would fly mostly to Europe and back.  Nena was always uncomfortable with his flying.  They returned to Brownsville at the request of Nena’s grandfather, Don Ernesto Perez, because of the death of his wife, Maria Estella Garza Perez, due to surgery complications in Mexico City.  Upon returning to Brownsville, Nena took Custom Broker classes to become a customs broker.  She passed the exam at 21 years of age and was the first female customs broker in the Laredo district.  Her license was 2301 in 1948.  Alfred obtained his Customs Broker license in 1953 with License 2743.  He and his wife, Nena, owned and operated Roser Import & Export Company for several years.  They later formed Roser Customs Service, Inc. which is still in operation to this day.

When Alfred and Nena returned to Brownsville in 1946, Alfred still had that tennis itch and was very competitive. He was Valley Champion in 1946 and 1947 in singles and doubles.  The articles called him “a surgeon on the court.”  He would and could tear you up with his game.  His sons, Neto and Rico, were taught tennis by him when they were very young, getting up at 6 am on Sunday mornings to hit against the Brownsville Civic Center wall.  They remember those as fond memories.  He also cherished playing tennis on the weekends at Hubert Hudson’s court and Doug Christie’s court with all various players.  His sons cherish the memories of playing with him in his 80’s until he had to stop at the age of 93.  He always said Tennis is a Lifelong Sport.

Some other sport accomplishments were being President of the West Brownsville Little League when Neto was actually out-of-zone being from East Brownsville.  He built the Little League Park where it is today.  You will notice that the right field fence is substantially shorter than most Little League fields.  This was due to the traffic on the street that was behind it.  Alfred had to get Board Permission from the Williamsport Little League Board for approval and after about 6 months, the board approved the shorter fence.

Alfred also built the current Saint Joseph Academy tennis courts and he knew how to build them the correct way due to the sun moving during the year.  He also coached the first years at Saint Joseph Academy and had the first two All State Tennis players, Tommy Diaz and Louie Tijerina.  Rico, Pedro De La Vega, and George McNair were also on the team.

“Al…Dad…Tito…” was a great father and will be greatly missed by all his family.  He practiced what he preached by saying “Happiness is not a matter of good fortune or worldly possessions.  IT’S A MENTAL ATTITUDE.  It comes from appreciating what we have, instead of being miserable about what we don’t have.  It’s simple, yet so hard for the human mind to comprehend!!!”

Thanks to his many adventurous scouting peers such as Alan Clint, Buster Stevenson, Mark Blakemore, Macedonio Balli, Carlos Barrera and Dr. James Gomez, Alfred annually traveled extensively throughout Mexico and would always find the beauty of the uncharted mountains, valleys and waterfalls.  “We made it to ten thousand feet” Alfred would say…completing his successful journey.

Remembered as “Mr. Roser on the bike”, Alfred rode his bicycle twice a day, for 5 miles each trip and was always happily greeted by the local kids in the neighborhoods with BB guns and pellet guns.  Almost all the neighborhood dogs chased him while competed for his legs.  Alfred enjoyed traveling throughout scenic Brownsville on his bicycle, with honorary entry passes into  the local U.S. Customs import and export lots, local bank lobbies and city municipal building patios.  We are wondering if Saint Peter will have bicycle lanes in heaven for him to ride around all day, with a couple of stops at the tennis courts?

He served on various boards of directors and as President of the Rotary Club of Brownsville, lector at Sacred Heart Church, Propeller Club, director of Saint Joseph Academy Endowment Fund, along with other various local Foundations.

A Memorial Service will be enacted at a future date.  A Private Burial will be with Family only.

Funeral Services are under the direction of the Sunset Memorial Funeral Home, Crematory & Flower Shop of Brownsville.

Jose Angel Alaniz, 74, of Brownsville, TX was called home by our Heavenly Father on…