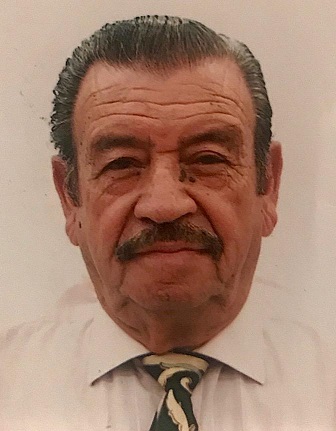 Antonio grew up in Matamoros, Tamaulipas, Mexico.  From a very young age, Antonio developed a very strong work ethic while shining shoes to make money.   He had a love for music, baseball and Mexican cinema particularly, Cantinflas comedies and the great actors from the golden age of Mexican films.  He was an acclaimed musician.  He played the guitar, was a vocalist and a registered Mexican composer and played with local musical groups at a very young age.  One of his greatest joys was sitting on his front porch playing his guitar and drinking coffee with his pan dulce!  His musical influences were the likes of Spanish trio Los Panchos, mariachi music, Mexican crooners and norteño corrido groups like Los Cadetes de Linares.

In the 1960s, Antonio moved to Cleveland, Ohio.  He worked there for a couple of years and met his future wife Barbina.  Upon his return to Matamoros in the early 1970s, he began his career as a Mexican Customs Officer just like his father before him.  He retired after 25 years of service.

Antonio was very outgoing and got to know an unbelievable amount of people throughout his life.  He loved life and loved to travel.  The memories of many family travel vacations will never be forgotten!

The Cepeda family would like to thank the many family and close friends for their concern, thoughts and prayers during his illness. Special thanks to Brownsville Nursing & Rehab Center, Valley Regional Hospital, Valley Baptist Hospital, Kindred Hospice, the Ortiz family at Sunset Memorial Funeral Home and Arturo Villarreal and family.