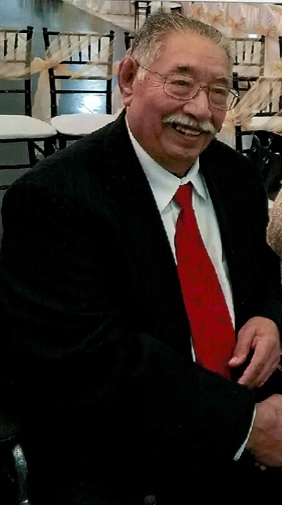 Antonio R. Medina, 87, died at his home surrounded by his loved ones and his loving wife of 63 years Maria V. Medina. He served in the military during Korean War where he served in the Army’s Signal Corps. When he returned from the military, he worked for Dubose Marine Radios for 35 years. He was a loving brother, husband, father, grandfather, great-grandfather, and great great grandfather.

Visitation will be held on August 27, 2019 from 1 to 9 PM with the recitation of the Holy Rosary at 7 PM at Sunset Memorial Funeral Home & crematory. Funeral mass will be held on Wednesday, August 28, 2019 at 2 PM at Our Lady of Good Counsel Church with burial to follow at Buena Vista Burial Park. Pallbearers will be Isaac Saenz III, Allen Alcantara, Luis Salinas Jr, Gonzalo Pena IV, Tony Pena, Mark Galindo. Honorary Pallbearers will be Mario Medina Jr, Frederick Galindo, Savaughn Munivez. Services are under the guidance of Sunset Memorial Funeral Home & Crematory. 657 Springmart Blvd., Brownsville. (956) 350-8485