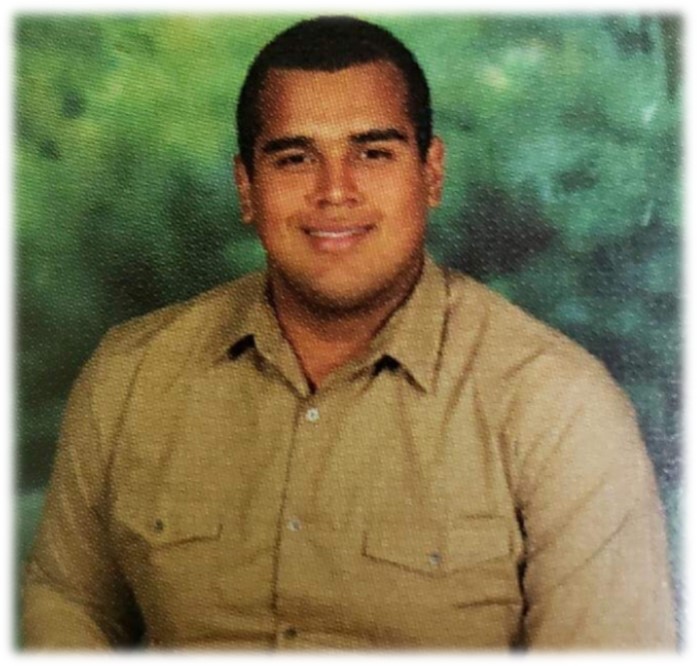 Héctor Moisés Orozco, 25, of Brownsville, Texas, devoted son, brother, boyfriend, and friend, entered into eternal rest on May 11, 2019 at Saint Anthony Hospital in Oklahoma City, Oklahoma. He was born in Brownsville, Texas on May 16, 1993.

He is preceded in death by father Jose F. Orozco Sr.; paternal grandmother Francisca Valencia de Orozco and maternal grandfather Adan Sauceda. Left to cherish his memory are his mother Hilda S. Orozco; brother J. Frank Orozco Jr.; girlfriend Stephanie Barraza; maternal grandmother Emilia Sauceda; paternal grandparents Maria Teresa and Samuel Orozco and by numerous family and friends. We are gathering to honor a hard-working man that exuded an outgoing personality that brought comfort, warmth and joyfulness to the people he impacted. Known to many as a proud New York Giants fan that would devote all of his time and attention during NFL Season. It uplifted him being able to host barbeques at home, where family and friends always socialized. We are paying respects to a great friend that conveyed a big heart, care for others, and charismatic smile with complimentary dimples anywhere he went.

Visitation will be held on Thursday, May 16, 2019 from 1 to 9 PM with the recitation of the Holy Rosary at 7 PM at Sunset Memorial Funeral Home & Crematory. Funeral mass will be held on Friday, May 17, 2019 at Immaculate Conception Cathedral Church at 2 PM with burial to follow at Buena Vista Burial Park.