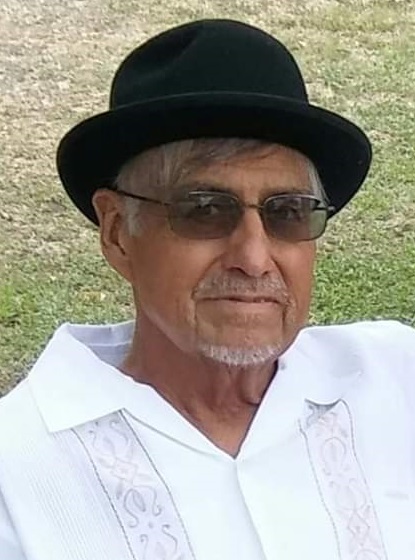 Jimmie G. Altamirano,67, of Brownsville, Tx, devoted husband, father, grandfather, brother, and friend, entered into eternal rest on January 6,2019, at his residence. He is preceded in death by his mother Gloria G. Altamirano. Left to cherish his memory is his father Raul H. Altamirano; his wife Irene R. Altamirano; children Dr. Linda (Brian) Kaney, Jimmie Altamirano Jr., Adrian Lee Altamirano and Daryl Keith Altamirano; grandchildren Norberto Valle Jr., Kimberly-Dawn Valle, Dawn and Miranda Altamirano; and great-grandchildren Zoe Adrielle Castro, Hailey Lynette Castro, Halo, and Nathaniel Elijah Castro; siblings Lourdes (Robert) Garcia, Raul G. “Kiko” (Mary) Altamirano, Maria Elena A. (Jesus “Chuy”) Reyna, Adolfo Altamirano, Saul A. (Carla) Altamirano, and numerous family members.
Jimmie was loved by many. He was surrounded by his loved ones at his passing at 11:36 p.m., Jan 6, 2019, while listening to “Let It Be” by the Beatles. He had many passions in his life, but his three greatest were his family, his music and his country. He served in the US Army during the Vietnam era; stationed in both Germany and Killeen, Texas. Upon being honorably discharged he captained a shrimp boat for many years following in his father’s footsteps. He loved the ocean. He worked many years for the Department of transportation and also worked as an independent contractor upon his retirement. His love for music was evident throughout his life. From his first band, The Sunn to all the bands he played with to all the individuals he taught to play, he touched many lives. He was a fighter till the end. Always thinking of everyone else before himself.
Visitation will be held on Thursday, January 10, 2019 from 1 to 9 p.m. with a prayer service at 7 p.m. at Sunset Memorial Funeral Home & Crematory. Friday, January 11, 2019 there will be a chapel service held at 10 a.m. at Sunset Memorial Funeral Home & Crematory. Interment will be at 1 p.m. at Rio Grande Valley State Veterans Cemetery. 2520 S Inspiration Rd., Mission, TX, 78572