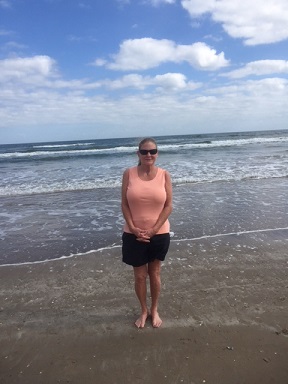 Terry Ball-Powers of South Padre Island, Texas, passed away on Monday, February 27, 2017, at the age of 61. Terry was born March 26, 1955 in McAllen, Texas, to the late Junior Lee and Ruth Stites. She was raised in Alamo,Texas. Terry loved the beach and loved fishing. Her favorite moments were spent on the water, watching the sunset. Throughout her life, she nurtured a youthful spirit. She loved animals, fostering many of them. Terry is survived by her loving husband, Martin Powers; daughters, Kelly Ball and Allison Prater; stepsons, Martin Powers Jr. and Matthew Powers; grandchildren, Dylan, Logan, Jaxon and Bodhi; brother William (Bill) Stites; sister Patsy Sandvig and numerous other relatives and close friends. Terry was preceded in death by her parents and her late husband, William Ball.
Friends and family are invited to pay their respects at the Sunset Memorial Funeral Home in Brownsville Texas, on Thursday March 2, 2017 from 4-7 p.m. A formal service will be held at 5 p.m.
In lieu of flowers, donations can be made to the Laguna Madre Humane Society.