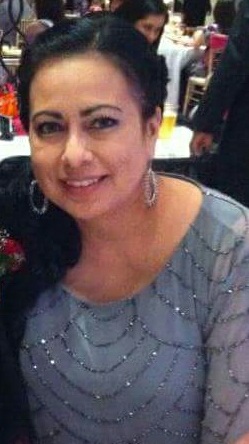 Maria Angelica “Angie” Chavez-Trevino, beloved mother, wife, sister, daughter, and friend, went to be with the Lord on July 24, 2016, after a courageous battle against cancer. Angie was born in Brownsville, Texas on December 15, 1969. She is proceeded in death by her father, Luciano Chavez, Sr., and cherished grandmother, Carolina “Ama” Garza.

The immediate family would like to thank the following for all the love, care, and support, provided to Angie and them throughout her life and during her battle with cancer, “Papo” Trevino, “Dima” Trevino, Helen, Delma, Tia Goya, Tia Pita, Margarita, Sherry, Norma and twins, Linda, Ana and Eric, Valeria and family, Anthony, and all personnel, doctors, nursing, teachers, and/or staff at Ben Brite Elementary School, Valley Regional Medical Center, M.D. Anderson, Valley Baptist Medical Center, Gentiva Hospice, Dr. Laura Cisneros, Dr. Betancourt, Sunshine Haven, Edmundo Gonzalez & Assoc., Royston Rayzor, Porter Class of ’88, and to all her extended family and numerous friends.

Visitation will be held on Tuesday, July 26, 2016 from 1-9 p.m. with the recitation of the Holy Rosary at 7 p.m. Funeral mass will be held on Wednesday, July 27, 2016 at 10 a.m. at Immaculate Conception Catholic Church with services concluding at the end of the funeral mass. Services are under the guidance of Sunset Memorial Funeral Home and Crematory. (956) 350-8485