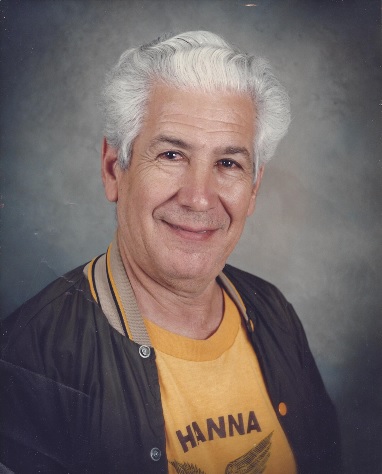 Baltazar Salazar Sr., 85, life-long educator and U.S. Marine went to be with our Lord on Thursday morning at Valley Baptist Hospital. Baltazar was born in Edinburg, TX to Valeriano and Guadalupe Salazar on April 1, 1931.
Baltazar is preceded in death by a sister, Ernestina Garcia and a brother, Ignacio Salazar.
He graduated from Edinburg High School in 1951 and soon after joined the United States Marine Corps on July 18, 1951. He was part of the historical first Amphibian Assault on the shores of Korea. Baltazar continued to fight fearlessly and was awarded the coveted KOREAN SERVICE MEDAL WITH STARS, THE UNITED STATES SERVICE MEDAL, and UNITED NATIONS SERVICE MEDAL. Additionally, the United States Navy recognized Baltazar’s acts of bravery by awarding him THE NAVY COMMENDATION MEDAL WITH HONORS. He continued to serve in the United States Marine Reserve and became an active member of the Brownsville Lion’s Club. After the war, he was selected to join the elite Pan American University Broncs Baseball Team, where he graduated with a Bachelor’s of Science in Physical Education and Government. Wedding bells rang on December 23, 1956 for Baltazar as he married his high school sweetheart, Miss Rio Grande Beauty Queen Maria Elena Leal from PSJA High School. He is survived by his five children, Dr. Melba S. Lucio, Baltazar Salazar Jr., Liz Vera, Sandra Jamar, and Marta Salazar-Paniagua. Also left to cherish his memory are his 13 grandchildren and numerous great-grandchildren. Mr. Salazar had a distinguished 30-year career teaching, mentoring and coaching. Baltazar Salazar will always be remembered as a true American Hero.
Visitation will be held on Sunday, June 26, 2016 from 1-9 p.m. with the recitation of the Holy Rosary at 5 p.m. Funeral mass will be held on Monday, June 27, 2016 at 12 noon at Saint Joseph Catholic Church with burial to follow at Buena Vista Burial Park. Services are under the guidance of Sunset Memorial Funeral Home & Crematory. 657 Springmart Blvd., Brownsville, TX. (956) 350-8485